Filmmakers hate to take risks.  This has been established in many Crunchy features, but with the upcoming release of the new Transformers movie, the mindlessness of Hollywood once again has become public record. And it’s going to get even worse.

Recently, Crunchy’s underground network of out-of-work-actors/ruthless criminals, stumbled upon seven incomplete scripts commissioned by the Hollywood elite, that indeed, plan to use toys of the past as the backbone for a great new American film renaissance. 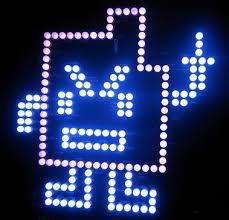 Two cops, a ROOKIE and a CAPTAIN, stand over a body.

ROOKIE: Captain, have you ever seen anything like this before?

CAPTAIN: Do you mean have I ever seen a man that has had his heart removed and replaced with a 40 Watt bulb, then punctured with hundreds of little holes, with which tiny lights have been inserted so that when the big bulb is turned on, a colorful picture emerges on the chest of the victim?

The whimsical yet poignant story of a girl and her robot lover.

LOUISA and her robot DESHAWN, sit on a park bench, and are in the midst of a terrible fight, when she finally breaks down.

LOUISA: Damnit, why can’t we communicate?  Even though we have different pasts…

LOUISA: I know, I know…don’t you think I know?

LOUISA: Stop.  I have a surprise for you. (She holds a finger up to the speaker that acts as his mouth.  Slowly, dramatically she pulls out a Speak and Spell, turns it on and types into it.  From the Speak and Spell we hear the familiar robotic voice…) L-O-V-E. (She turns it off) Does that compute?

DESHAWN: (Suddenly grabs the Speak and Spell and smashes it on the floor) Why-are-you-cheat-ing-on-me-with-this-old-ro-bot? Boo-hoo-hoo.  Boo-hoo-hoo. Boo-hoo-hoo….

LOUISA: DeShawn, no I….I thought…oh baby….! (She joins him in hysterics)

Promotional items have already been made for this film.

A Tron-like fable of a man stuck in an Etch A Sketch.

Thirteen year old Mike looks down at his old Etch a Sketch, and sees his missing father staring up at him.

MIKE: Dad, is that you?  What are you doing in my room? In my closet? Inside my Etch A sketch?

DAD: Thank God you found me son.  I’ve been trapped in here since last Friday.

MIKE: I know, Mom called the cops and everything. (Beat) She told me you ran out on us.

DAD: Well, you can see that’s not true son.  I love you and your mother very much. Now we need to…

MIKE: But we had that fight about my bedtime, and I thought…

DAD: Don’t worry about it, you need to help me…

MIKE:…Because you said nine o’clock but I think…

MIKE: You never listen to me Dad.

DAD: C’mon Mike, I’m trapped in an Etch A Sketch!

MIKE: Not for long.  (He begins to slowly shake the Etch A Sketch up and down, a sick smile forming on his face)

DAD (Voice):  What are you doing Mike?  My leg is disappearing….I….stop it…..nooooooooooo……. 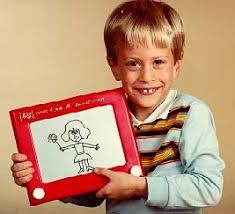 Mike has plans for Mom too.

In a Utopian future where firearms have been banned, thugs arm themselves with whatever guns they can get their hands on–namely Super Soakers, and Laser Tag/Photon guns.

REVEREND: …And these young vigilantes must be stopped, as they are corrupting the youth of today.  I see a large number of you wearing sunglasses here this morning.  No doubt to protect your weakened eyes, after the Laser Tag war that erupted in Watts last week.  Others out here amongst my congregation have flat, lifeless hair, irreparably damaged in the Super Soaker attacks that took place on our very streets two months ago…

After having opened a package mailed to him, and unwrapping a View Master, the DETECTIVE answers the phone on his desk and finds himself talking to the VOICE of the evil sender of this package.

VOICE: Detective Thomas, I’m so glad you answered the phone.

DETECTIVE: What’s this about? You sonofabitch…

VOICE: Such bad language.  I heard you found two of my victims yesterday.

DETECTIVE: Yeah, what was left of them, bastard.

VOICE: You seem calm, Detective.  I take it you haven’t yet used the gift I sent you. The View Master.

DETECTIVE: (Realizing what he might see) Oh no…no… (He nervously puts the device up to his eyes)

VOICE: It may be hard to look at some of these images, Detective, but look at them you will.

VOICE: That’s right Detective.  That’s a picture of my wife and I at the Grand Canyon last summer.

DETECTIVE: Why? Oh God help me…(He clicks the View Master to next picture)

VOICE: And that’s my one-year-old in his highchair.

VOICE: Don’t be sick yet Detective Thomas.  The next picture is my mother-in-law…

A famous baseball player tries to find himself,  but will his team approve of the man he finds?

After a win, star player JOE sits quietly at his locker as the rest of the team mills about.  His teammate JESTER approaches him.

JESS: Why you so quiet, Joe? You hit the game-winner tonight.

JESS: What’s been goin’ on with you, man?  You ain’t been yourself.

JESS: What are you talkin’ about?

JOE: That’s it for me. I’m through with it. I..I found something else.  In the offseason I..found something right.  (He tentatively pulls an Easy Bake Oven out of his locker) 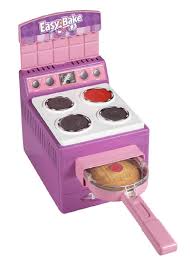 JOE: (Opening the Oven door) You want a cupcake?

The Gremlins/Critters/Ghoulies for this generation.

VICKY runs through the forest, trying to keep up with her friend BETH.  Both are trying to outrun the multiple Koosh chasing them.

BETH: VICKY! RUN! RUN! (She stops and looks back her friend) VICKY! Vicky, what are you doing?

VICKY: (She has stopped and is staring, transfixed, into the woods) But…but they’re so pretty.

BETH: Damn it, Vicky that’s how they get you. The colors, and they’re…

VICKY: (Hypnotized) …So easy to catch.

(A Koosh flies towards her and–still staring creepily without even looking–she catches it in her right hand.  Another flies at her seemingly from nowhere and she catches it in the left.  Suddenly, hundreds, thousands of Koosh fly at her from all directions, sticking to her body as they hit her.)

(They keep coming and coming until no part of Vicky is visible.  She has indeed become a gigantic Koosh.  Horrible chewing sounds are heard, which drown out her screams.  Koosh/Vicky turns and begins to amble towards BETH)